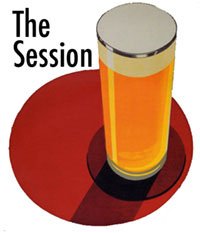 What’s the Deal with IPA?

Justin from Justin’s Brew Review asks the question for this month’s Session. What is it that makes IPAs so appealing? Is it because it is a stark contrast to the fizzy yellow water that we once called beer (before we were taught that beer could have flavor)? 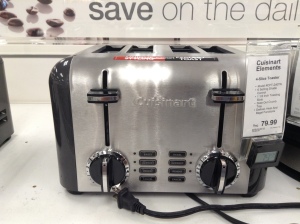 WTF is up with this?

I wasn’t sure how I was going to approach this one. I mean I do love IPAs, and I am a fan of the double IPA. Heck, hops are a beautiful thing. And then I ran into this…

Kinda makes you wonder about the difference between fizzy yellow water and a hop bomb that will blow out your taste buds. Both of em will get you drunk. They each have it within them to do their basic function. But why would you choose an IPA over something else? I know it doesn’t seem like we are moving forward on this one.

But here is the thing. That IPA hop bomb is going to do a bit more than just toast some bread. It has features that you won’t find in the basic model. Flavor being a huge improvement over the basic model. Sure the IPA isn’t for everyone. But for some that little bit extra gives them something more.

Do we need an 80 dollar toaster? Not really, but maybe you want something more than just a couple pieces of toasted bread. Do you need an IPA? There are plenty of flavor beers to choose from. But sometimes you want something that will blow your mind.