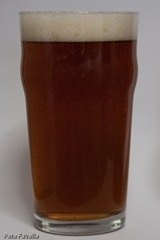 As I mentioned last week, we will be exploring session beers this month. To start the exploration we will look at a couple classic session beer styles. Both of these come from classic beer styles. These beers are the English Style Bitters and the Mild ale.

When looking at these beers it is almost a difference between night and day. The mild may be an older style as it is based on the brown ale. Before technique for pale malt became possible, most beers were based with darker malts.

Bitters has its origin with IPA and the invention of pale malt. Pale malt made it possible to make lighter colored beers creating the pale ale. From this the IPA was first created in Burton. The biggest difference between the IPA and the bitters came from how it was served. The bitters styles tended to be served on draft or cask while IPAs were mostly bottled. Through the years these distinctions have blurred at times.

Mild ale: Malt forward beer with flavors of chocolate, caramel, nutty or roast. There should be little to no hop aroma or flavor. The hops tend to be more for balance. For the most part they tend to have an alcohol content between 3.1 and 3.8%.

Sadly, these beers are not as prevalent as they might once have been.

Bitters: Generally pale to copper or bronze in color. Flavors can include fruit (apricot is common), or caramel with little hop aroma. Bitterness is more prevalent with floral and/or citrus and resin components of hops taking a strong lead. These beers tend to have a drier finish. They are most often dry hopped in cask as well as having a creamier mouthfeel when served on cask. Crystal malts are often used to increase the body as well as add flavor. These beers tend to finish out between 3.1 and 4% alcohol.

Many different beer styles can be adapted into the session range of beers. But these two styles of beer are naturally session styles. They are the front runners that other styles emulate.

4 thoughts on “Bitters and Milds”